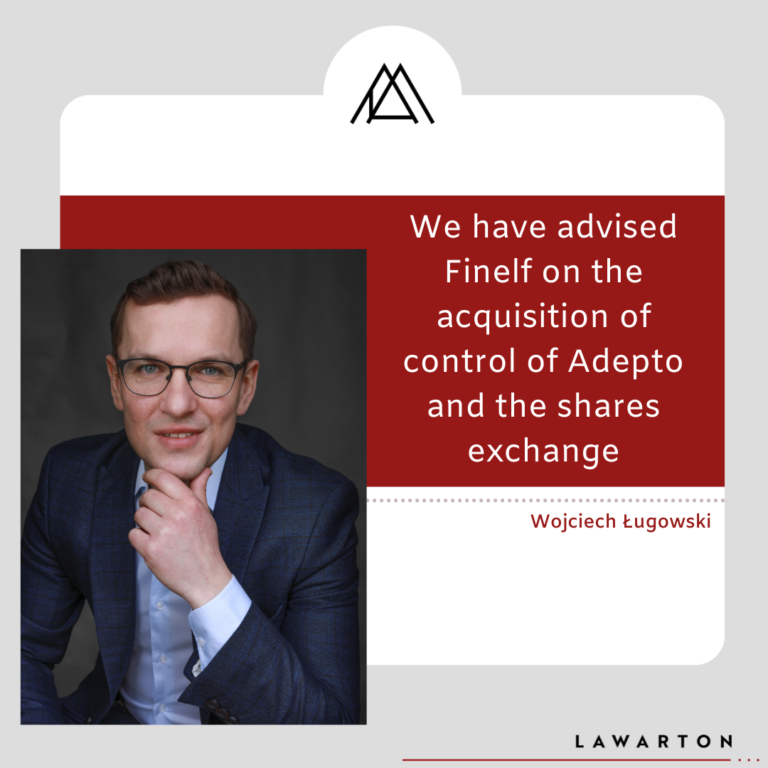 Lawarton lawyers have advised Finelf and its owners throughout the entire process of acquiring 100% of the control of Adepto and the share exchange. Lawarton has handled the transaction end-to-end from term sheet, through due diligence, negotiations, to closing with the notary.

The final conclusion of the investment agreement and a series of executive agreements were reached on May 17, 2022. The team work was supervised by Wojciech Ługowski, attorney-at-law, partner in Lawarton.

The purpose of the merger of companies is to multiply investments in Super Partners affiliate network, which is the part of Adepto, as well as to intensify lead generation activities using pingtree. In practice consumers can expect higher sales standards, publishers faster payments and financial institutions, agencies and media houses cooperating with Finelf – higher traffic rates.

Finelf offers brokerage of financial products and services in Poland, Spain and Mexico. Provides support in the selection of financial products such as cash loans, credits and factoring. It operates on the Internet and reaches out to customers, to whom it offers advice and financial solutions, under the brands: Czerwona Skarbonka, Money24, Chwilowo.pl and Kontomierz. The company has already planed further development and expansion of its services in other countries and on other continents.

We are happy to help your company too